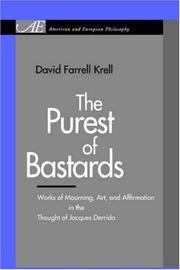 Looking back now, most of the attraction of this book for me was the anticipation generated in a book on Nietzsche, which Krell created with a note: see my Purest of Bastards, forthcoming.